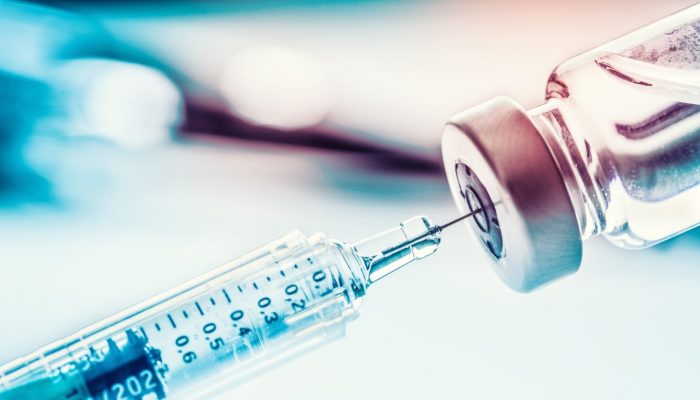 
When a COVID-19 vaccine becomes available, I will be one of the first in line. But the fact is U.S. adults tend to have low vaccination rates. If the government determines that vaccinations are essential to stemming the spread of the disease, would it – could it – mandate vaccination compliance? Apparently, it can — and it might.

Many medical experts believe that developing one or more COVID-19 vaccines is the key to reopening the economy and returning to our normal lives. For example, the Mayo Clinic says, “A vaccine to prevent coronavirus disease 2019 (COVID-19) is perhaps the best hope for ending the pandemic.”

The pharmaceutical industry has shifted into overdrive to find a vaccine effective against the coronavirus. Drug maker AstraZeneca hopes to have 30 million doses of its vaccine available in the U.K. by September. And Moderna just announced very promising results from its initial clinical trials.

But here’s the problem: The majority of U.S. adults delay or skip vaccinations.

The Centers for Disease Control and Prevention (CDC) encourages adults to be immunized for a range of diseases. The flu vaccine leads the CDC’s list that includes tetanus and diphtheria every 10 years, shingles, pneumonia and several others.

Consider the flu vaccine. It is one of the most affordable and accessible vaccines available, and yet the CDC reports the adult vaccination rate over the past decade has ranged between 40 and 45 percent.

Fortunately, the same 10-year graph shows a much higher flu vaccination rate among older Americans: Between 65 and 68 percent for seniors. But only about 30 to 35 percent for 18-49 year-olds.

Children typically have much higher vaccination rates because all states require them – with certain exemptions – before children can enroll in public schools.

While a small percentage of Americans oppose vaccinations on religious or medical grounds, most of the unvaccinated apparently just choose not to.

Will a coronavirus vaccine see a higher uptake rate? Maybe. There is a lot of fear among the public, and that may persuade most adults to be vaccinated.

Costs probably won’t be a barrier, either. About 91 percent of the population has health coverage. The Affordable Care Act requires public and private insurance to cover the entire cost of preventive care, which includes vaccines. And the government may ultimately cover vaccination costs for the uninsured.

Even so, it isn’t clear that enough adults will choose to be vaccinated to create a “herd immunity” — i.e., when roughly 60 to 80 percent of the population has developed immunity to a disease either by vaccination or having been infected and recovered. Epidemiologists say that’s what’s needed to end an epidemic.

If the COVID-19 vaccination rate is low, will the federal or, more likely, state governments step in and mandate vaccination?

The Congressional Research Service says the U.S. Supreme Court has ruled that “The states’ general police power to promote public health and safety encompasses the authority to require mandatory vaccinations.” And states have all exercised that authority for children, usually allowing for some exceptions.

CRS also says, “Congress, as a result of various enumerated powers in the Constitution, likewise has some authority over public health matters, including regulation of vaccination.”

But just because government can do something doesn’t mean it should, which is why finding an effective treatment is so important. The good news is the pharmaceutical industry is doing exactly that. There are currently more than 1,100 clinical trials globally looking for a safe and effective COVID-19 treatment.

A treatment doesn’t necessarily mean a cure. We don’t have a cure for the flu, either. But Tamiflu helps reduce the symptoms so people can recover sooner. Something similar may be our best bet for COVID-19.

Having an effective treatment wouldn’t eliminate the need for an effective vaccine. It would simply mean that those who weren’t vaccinated would still have the opportunity to reduce the symptoms and return to their normal lives sooner.

About the Author: Daniel Allott