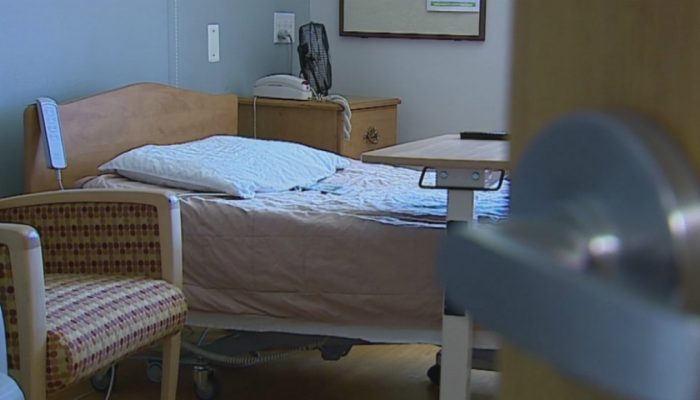 Round Rock’s Trinity Care Center confirms 70 residents and staff members have tested positive inside that facility, after a second surge there.

“We have had some pass away. We will perhaps have more pass away, but they have saved lives,” said Williamson County Judge Bill Gravell during Tuesday’s Court.

The first Williamson County cluster happened at the Trinity Care Center in Round Rock a couple weeks ago. Judge Gravell revealed during commissioners court that the center’s COVID-19 fight isn’t over. There’s been a second outbreak at the same facility inside a separate wing.

“The residents, especially at the Round Rock nursing home were separated to a wing, they made that the COVID wing. Unfortunately in the last week they’ve had another outbreak in a separate wing at the same complex,” said Judge Gravell. “It’s become a COVID nursing facility for half of it. Most of them have been asymptomatic, but when they become symptomatic they get sick very quickly. Unfortunately, they seem to pass away fairly quickly.”

Last week a second facility in Georgetown reportedly became home to an outbreak. Now officials are saying they’re working on another outbreak inside a Cedar Park Senior center.

Williamson County officials say they’re learning from the Round Rock facility outbreak and making sure they allocate the necessary resources for other nursing homes. For example, the county has provided more access to emergency personnel, like deputies to transport patients.

“We have a whole crew that is inspecting nursing homes. We have a separate crew that is a rapid response team that goes in their for the testing,” said Judge Gravell. “The reason the two nursing homes were discovered was because of a Williamson County paramedic who said it didn’t feel good, and it didn’t feel right. For the foreseeable future, we are going to continue inspecting everyone of our nursing care facilities.”

Judge Gravell also made the grim statement that these clusters are the reason he advocates for continuing contracts with area funeral homes, for temporary refrigerated morgues.

“As long as we  have had 70 people that have tested positive in a nursing home, and have had five or six die in the last week, then we are going to be cautious,” said Judge Gravell.

During Tuesday’s commissioners court, all four commissioners along with Judge Gravell approved an order of an additional 1,000 test kits for long-term care facilities.

Caraday Healthcare operates the Trinity Care Center in Round Rock. The facility has been posting frequent updates to its website. As of May 4, forty-nine residents and 21 staff members have tested positive for COVID-19.

“Caraday has been extremely proactive from the start – even restricting visitors before we were required by the state – because we fully understand our responsibility caring for some of our most vulnerable people. We are following our pre-established protocols that include implementing immediate and precautionary steps to ensure we stop the spread of the infection within our community. Caraday is proactively working with public health agencies and medical providers and we are monitoring the situation very closely,” said Caraday Healthcare in an update statement.

It’s unclear how many residents have passed from the Trinity Care Center outbreak, or other area-nursing homes. Williamson County has reported 11 deaths so far. As of May 5, the county reported 11 hospitalizations.

“Out of the hospital count, about half or a little over half are from area nursing homes,” said Judge Gravell.