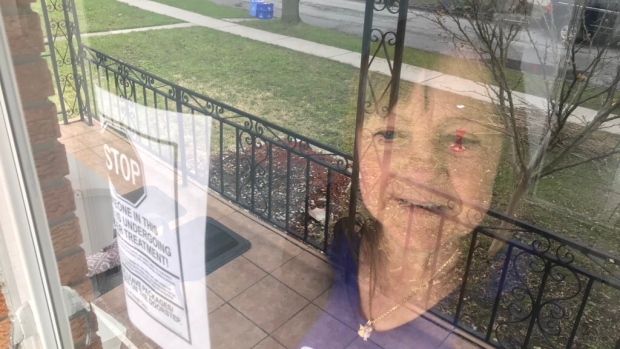 
WINDSOR, ONT. —
Since the COVID-19 pandemic hit Canada in mid-March, hospitals have been forced to shift day-to-day operations and in some cases, that meant postponing non-urgent surgeries and treatments.

In Windsor alone, more than 1,000 procedures have been postponed to help create capacity at the hospital in case of a surge in COVID-19 patients.

But a growing number of cancer patients are wondering when they will be able to resume what they feel are life-saving treatments.

Windsor resident Janice Maillet is one of those patients.

“I literally did not get out of bed for a couple of weeks. I couldn’t handle the diagnosis,” remembers Maillet, who was diagnosed with stage-four lung cancer in 2018. “I felt like somebody had dealt me a death sentence.”

She eventually came around to her new reality, undergoing chemotherapy and up until the pandemic, was on a regular course of immunotherapy.

“The anxiety went away until this pandemic surfaced and the anxiety is back, ten-fold,” she says.

That’s due, in large part, to the fact that her treatments were suspended on April 8. Her oncologist called her to deliver the news, advising he’d check back with her in four to six weeks.

She’s among a group of cancer patients across the region who feel they are falling through the cracks, while healthcare providers focus their attention on combatting COVID-19.

Maillet even started a Facebook group, called “Cancer Support for Windsor and Essex County,” which has 50 members looking for support during the crisis.

Maillet was hopeful the hospital would set up a field treatment centre so high-risk patients could continue to receive cancer treatment in a safe environment.

Windsor Regional Hospital officials say that facility already exists at the Windsor Cancer Centre, though it’s not business as usual there, either.

Kanjeekal says while the centre remains open and is actively treating necessary cases, they’ve seen a 30 per cent drop in patient visits. She says many of the patients not currently attending the centre were advised by their physician that the risk of exposure to COVID-19 outweighed the benefits of treatment.

“To bring someone in who’s stable and expose them to the risk of potentially getting an infection, and having the treatment, whether it’s chemo, immunotherapy or targeted therapy, that then makes fighting a potential pandemic infection even worse, that’s a bad decision,” Dr. Kanjeekal says.

Each treatment decision is made on a case-by-case basis, but they are not made in isolation, says Kanjeekal. Doctors are receiving guidance from Cancer Care Ontario, which developed pandemic guidelines to help doctors treat each individual patient after careful consideration backed by science.

In Maillet’s case, her risk of contracting the respiratory virus outweighed the benefits of immunotherapy treatment.

“Even if you stop immunotherapy, people can continue to have an ongoing response even off the treatment,” Kanjeekal notes. “So that gives us reassurance that even if someone’s therapy is interrupted for a period of time it doesn’t usually affect the ability of the medicine to do the work.”

When can treatments resume?

This week, Ontario Premier Doug Ford announced a road map to re-starting society and that included the hospital’s ability to reschedule non-urgent procedures.

“As the curve is flattening, those conversations are starting provincially and nationally when do we go back to scheduling these procedures that have been postponed,” says Steve Erwin, a manager of corporate communications at Windsor Regional Hospital.

But the premier was sure not to attach a specific timeline, until the number of new cases show a dramatic decline.

Officials at Windsor Regional Hospital will wait until the need for COVID-capacity at hospitals drops to a safe level.

“We will take our lead from the province and provincial officials and those experts that are going to advise us on when they think it’s safe,” Erwin says. “That includes the opportunity for those non-urgent procedures in phase two early stage of the process.”

Erwin adds the hospital understands the frustrations felt by patients, but stresses that life-saving, urgent procedures and treatments are still ongoing.

He says before the province will consider re-opening full scale, there needs to be evidence of two to four weeks of continued decline in new COVID-19 cases.

“We’re looking forward to the day where we can open up again to those patients that have been waiting patiently, hopefully as best as they can for these procedures,” Erwin says. “We really need to work in lock-step with the province.”

About the Author: Windsor