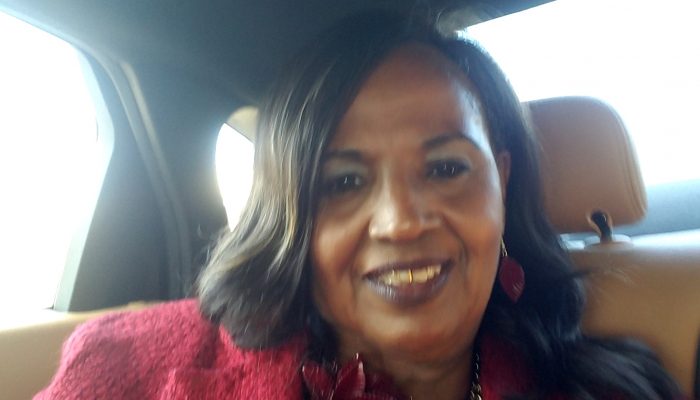 Alice Henson is grateful to be at home again after battling COVID-19 in the hospital for three weeks.

She is staying with her son Caleb Henson, West Orange – Stark Choir Director, until she recuperates enough to return to her home.

The experience was frightening for her and her family as she spent three weeks in isolation in the hospital unable to see her friends, family or church family.

Alice was sick for over a week before arriving at the hospital according to her son.

“She was sick at home with a high fever for a week,” Henson said Wednesday morning on the phone. “She went to an emergency care center and tested positive for strep throat.”

She was given a prescription and sent home. After not seeing signs of improvement, she was able to get an appointment with her doctor who immediately sent her to the hospital.

It was there, at the hospital, she was tested for COVID-19 the first time. And a second time.

“She was tested for strep throat at the hospital and it came back negative,” Caleb said. “It was over a week before we got the results of the test to find out she had COVID-19.”

Alice spent the time waiting for the results in an isolation room without contact with anyone except the medical team caring for her.

“We could not go to the hospital or bring her anything,” Caleb said.

Alice said it was her faith that got her through it.

“I got through this through prayer and faith,” Alice said. “My church family, Starlight Church of God In Christ, helped me get through this.”

It was almost two weeks after Alice was admitted into the hospital before a second test confirmed she had the virus.

“Something went wrong with the first test, so she was tested again,” Caleb said.

All the while, the family was hearing about the death tolls across the nation from the virus and was bombarded with information everywhere they turned.

“The biggest concern we had was all the negative information shared on the news or social media,” Caleb said. “Our main concern was we thought she was going to die because that is what we kept hearing. The doctor called and told us she was getting worse. He needed permission to put her on a ventilator just in case she reached that point.”

She and her family are grateful she never reached that point.

Hearing Texas Governor Greg Abbott make the announce concerning reopening Texas about the time she was leaving the hospital raised concerns for her.

“I think we should hold off a little longer,” Alice said. “I don’t want anyone else to have to experience what I went through.”

Alice admitted she thought she was going to die while sitting in the isolation room in the hospital.

“I thank God for my church family, Pastor Ernest B. and First Lady Josie Lindsey,” Alice said. “I also appreciate my son and his wife Tayler.”

Tayler is a nurse and has helped Alice in the recovery process while she stays with the couple.

“My son Calvin has also been helping take care of me, and I am grateful for him,” Alice said. “My 85-year-old mother has been by my side throughout it as well as my siblings.”

Through it all, she gave praise to God.

“Without the Lord, I do not know how I would have made it,” Alice said.

Alice Henson is a site coordinator for Communities in Schools of Southeast Texas at Thomas Jefferson Middle School in Port Arthur who is looking forward to returning back to work once it is deemed safe.

“My mission is the children,” she said.

About the Author: Orange Leader