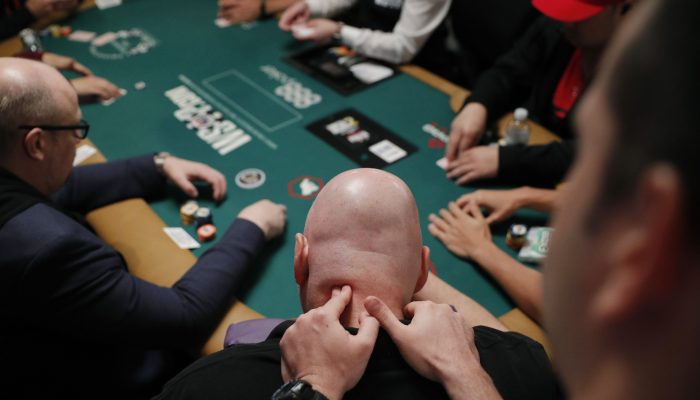 In what may qualify as the most obvious shutdown decision amid the COVID-19 pandemic, the World Series of Poker made things official on Monday.

This summer’s World Series has been postponed.

Organizers are now targeting the fall to hold the annual series of poker tournaments that sees players vie for hundreds of millions of dollars and coveted winners’ bracelets.

“We are committed to running the World Series of Poker this year but need additional time to proceed on our traditional scale while prioritizing guest and staff well-being,” a statement from WSOP executive director Ty Stewart reads.

The series was scheduled to begin on May 26 at the Rio Hotel and Casino in Las Vegas and run through July 14. The annual series consists of much more than the highly publicized $10,000 no-limit Texas Hold ‘em main event.

This year’s series was scheduled to host 117 tournaments with buy-ins ranging from multiple $400 events to the $250,000 Super High-Roller no-limit Hold ‘em event originally scheduled for June 27. According to the release, “changes are anticipated” to the event schedule upon the series’ anticipated return.

The World Series of Poker has been postponed. (AP Photo/John Locher)

Poker players from around the world flock to Las Vegas every summer to compete in tournaments and cash side games. The postponement and potential cancellation of the World Series is a big blow to the industry.

But like with most shutdowns amid the coronavirus crisis, it is inevitable. With players sitting in tight quarters and passing cards and chips back and forth, a poker room is a prime location for a contagious virus to thrive.

Nevada casinos are under state-wide shutdown orders until April 30 and are likely to remain shuttered for significantly longer.

With casinos shut down worldwide, the poker community has largely moved online with players buying into public tournaments with Bitcoin and playing private cash games on the internet.

Stewart stated that “official WSOP competitions are expected to be played online this summer,” but with laws largely restricting online poker in the United States, the internet isn’t a viable alternative to include a broad array of players for the series’ marquee events.

Online WSOP events are only legally accessible in Nevada, Pennsylvania, Delaware and New Jersey. What WSOP competitions will be available online is not yet clear.